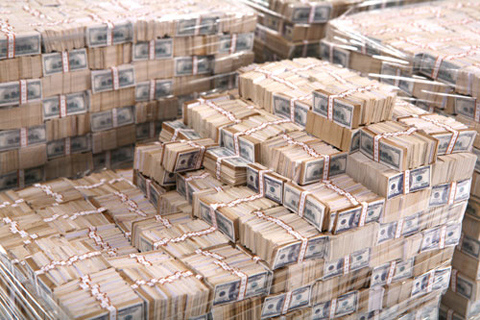 What is Quantitative and Credit Easing?

A central bank’s biggest tool to stimulate the economy is reducing the interest rate. When the interest rate is at or near zero and economic growth is still too slow, is there anything else that can be done?  That is where quantitative easing comes in.

In the United States, we have been pursuing an expansionary monetary policy to grow the economy.  But with interest rates near zero and our economy still struggling, there not much else the Federal Reserve can do that can have much of an impact except extraordinary measures like quantitative and credit easing.

So what exactly is quantitative easing?

It is an action of last resort by the Federal Reserve to stimulate our sluggish economy.  Instead of buying varying amounts of government bonds from banks and other financial institutions from time to time, the central bank commits to buying an amount of pre-determined amount of bonds, and therefore adds stability and predictability to its efforts to increase the monetary base.

To be effective, the amount of quantitative easing has to be so large, that the banks and financial institutions selling the bonds will be flooded with so much money that they will have no choice but to lend or invest it.

And what is credit easing?

There is very little question that quantitative and credit easing has increased the money supply by trillions of dollars, which have contributed to stabilizing our country’s financial system.  However, the trick will be how to unwind the quantitative and credit easing programs without harming very fragile economic growth.  The Federal Reserve will eventually want to sell the government bonds and mortgage-backed securities back to the private sector.  Depending on their sales and prices fall short, the difference will have to be monetized, and therefore could lead to inflation.  And given the magnitude of dollars, it will take a long time sell.