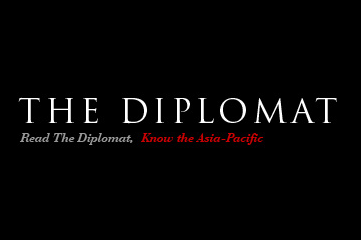 RMB Internationalization and US Economic Leadership: Reforms and Rebalance

The Rebalance authors Mercy Kuo and Angie Tang regularly engage subject-matter experts, policy practitioners, and strategic thinkers across the globe for their diverse insights into the U.S. rebalance to Asia. This conversation with Edmund Moy – Chief Strategist for Fortress Gold Group, 38th Director of the U.S. Mint (2006-2011), and author of American Gold and Platinum Eagles: A Guide to the U.S. Bullion Coin Program – is the tenth in “The Rebalance Insight Series.”

The International Monetary Fund (IMF) is currently considering whether or not to recognize the Chinese currency – yuan or renminbi (RMB) – as an official reserve currency to be included in the Special Drawing Rights (SDR) along with the dollar, euro, yen and sterling. Eswar Prasad, the former head of the IMF’s China division recently stated, “The IMF’s imprimatur is nice to have but ultimately it is market forces that will drive the renminbi’s adoption as a reserve currency.” Please provide your perspective on key factors driving the IMF’s decision-making process.

The IMF has stated that it is more a matter of when, not if, the yuan should be included in the IMF’s reserve currency basket. Whether the IMF decides to recognize the RMB as a global reserve currency now or later depends on two key factors. First, China must meet the IMF condition that it is a large exporter, which by all counts, China does. Second, China’s RMB must be “freely usable.” On this point, China has made great strides to meet this condition. For example, China has dramatically increased the amount of its trade paid for in yuan and started opening its borders to outside investment. But, the United States still has some concerns over the slow and limited reforms. U.S. opinion is important to this decision because it controls enough of the votes to essentially have veto power.

What is the RMB’s role in the international monetary system?

Because of the size of its economy and the large volume of its exports, the RMB’s role in the international monetary system is growing in importance. For example, almost 25 percent of China’s trade is now settled in yuan, up from 0.02 percent just five years ago. However, to put that in perspective, it is still a very small amount compared to the U.S. dollar’s role in the international monetary system. It will take China years, if not decades, to even rise to capture a statistically meaningful share.

Will internationalization of the RMB necessitate greater liberalization of China’s monetary policy, including greater regulatory transparency? What political and legal reforms would be required?

That is the big question. It appears that China might liberalize enough to be accepted as a peer in today’s global economic leadership. But China has hinted that liberalization is primarily a Western way and that the Chinese way of “state capitalism” is ultimately better. I personally believe in the superiority of the free market over a command economy, and as China liberalizes, it will be difficult to reverse those reforms, which would include a market-determined exchange rate, normalization of interest rates, stronger financial regulation and supervision, and capital-account liberalization.

What is the potential impact of the RMB’s internationalization on the U.S. rebalance to Asia?

Recognizing the RMB as a global reserve currency acknowledges China’s ascendancy as world economic superpower and will boost China’s efforts to project its power internationally. It will also give them increased leverage, especially in Asia and make the U.S. rebalance to Asia much more difficult. It should also be said that the U.S. rebalance to Asia has mostly been rhetorical, while China has been actively strengthening its economic influence and expanding its military presence in Asia.

How should U.S. presidential contenders explain the implications of the RMB as an emerging global currency to the American electorate?

I think there are three takeaways for U.S. presidential contenders. First, the problem is less with the ascendancy of the RMB and more with state of U.S. global economic leadership. Second, China has a long-term plan to supplant U.S. global leadership and is executing it regardless of short-term distractions. For example, China has also helped formed the New Development Bank and the Asian Infrastructure Investment Bank as alternatives to the U.S.-dominated World Bank and IMF, and the Japan-led Asian Development Bank. Third, a strong U.S. economy is the foundation for a strong U.S. foreign policy. The RMB becomes much less of an issue with an U.S. economy growing at 4 percent a year.

Mercy A. Kuo is an advisory board member of CHINADebate and was previously director of the Southeast Asia Studies and Strategic Asia Programs at the National Bureau of Asian Research. Angie O. Tang is Senior Advisor of Asia Value Advisors, a leading venture philanthropy advisory firm based in Hong Kong.