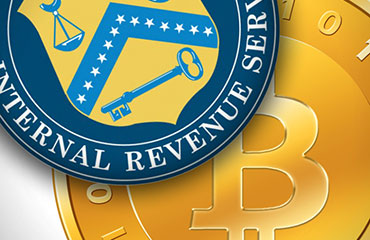 Consequences of Bitcoin Classified as Property

The Internal Revenue Service officially considers bitcoin as property for tax purposes.  The guidance issued provides much needed clarity but is a big speed bump in the nascent crypto currency’s quest to become mainstream.  But in the future, as bitcoin’s use becomes more widely accepted, the government may reconsider.

The good news is that the IRS issued the first major ruling clarifying the tax treatment for bitcoin and presumably all crypto currencies.  The long awaited guidance makes clear that for individuals, bitcoin will be treated like property, no different than gold or stocks.  If held less than a year before being sold or used, the gain will be taxed at ordinary income tax rates.  If held more than a year, the gain will be taxed at 23.8%.  If sold or used at a loss, taxpayers can offset their future capital gains or up to $3,000 a year from ordinary income.  This is a big benefit to those who made a bundle investing in bitcoin.

If the IRS treated bitcoin like foreign currency instead of property, any gains would be subject to normal income tax rates and losses deducted from ordinary income.  Governments excel at collecting revenue, and either way, it was always going to get its share.

The bad news is that the IRS ruling is an obstacle to bitcoin’s growth as a currency.  Complying with the IRS now means a lot of paperwork keeping track of all of a person’s transactions, even common everyday purchases (though I’m sure someone will eventually develop an app for this).  Then for each transaction, a person has to figure out what the value of the bitcoin used when first acquired and subtract it from that day’s value of that bitcoin, can keep track of the capital gains or losses for the person’s individual tax return.

But that is not all.  Bitcoin users will have to report to the IRS any transaction value above $600, and every instance where it is used for rent, salaries, wages, premiums, annuities, and compensation.

This will have a near term chilling effect on bitcoin’s use for retail purchases.  Buying your morning latte is now a taxable event.  However, I’m sure someone will eventually write an app to make the paperwork easy.

Finally, all this takes effect immediately and applies to all past transactions.  Individuals can apply for relief on those past transactions if they can show “reasonable cause” for why they underpaid or not paid their taxes on bitcoin transactions.  Seems to me that having no IRS guidance until now is a pretty good reason.

If bitcoin is more like a stock, the Securities Exchange Commission may rule that bitcoin exchanges may need to disclose the risks and relevant financial information to each purchaser of bitcoin.  Compliance would be similar to that of a public company, which favors large sophisticated institutions and is relatively burdensome for smaller organizations.

But as far as property goes, bitcoin is more similar to gold than a stock.  Gold is not only property but is also used as a medium of exchange and U.S. made gold bullion coins can be used as currency.  Sellers of gold as an investment do not have the same SEC disclosure requirements as stocks but they do have to comply with FinCen (who looks at money laundering and terrorist financing).  They require all transactions over $10,000 to be reported.  While capital gains applies to gold investments too, gold can be put in a self-directed IRA and when a distribution is taken, no capital gains apply.  The law specifically allows only gold bullion coins made by the United States Mint, but does set the precedent for potential legislation permitting bitcoin the same treatment.

Also because gold bullion coins are made by the United States Mint, they are legal tender that has to be accepted at its face value.  However, it would not be advisable spend a $50 dollar gold bullion coin that weighs one ounce and is worth $1,310 at today’s prices.  Further, the Constitution of the United States allows for gold and silver to be used as an alternate currency.  So states like Utah have made it legal to use gold coins as currency at market value without capital gains taxes.  Unfortunately the Constitution does not allow for bitcoin as an alternative currency but does offer an interesting precedent.

The IRS made this ruling because it has the legal authority to do so.  But rules are not laws and therefore can be changed as circumstances dictate and as long as they do not contradict the law.  Wider acceptance of bitcoin, in spite of this speed bump, is one such circumstance that may force the IRS to reconsider its guidance.