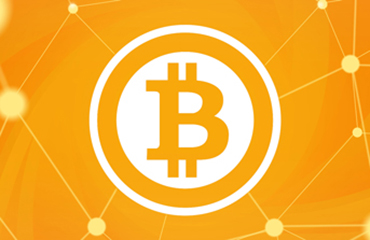 Mt. Gox, the most public and well-known Bitcoin exchange, went dark today.  While bad news for all involved, this too shall pass because Bitcoin is much more than a fledgling digital currency.  It is a technological advancement that lives on regardless of Mt. Gox.  And this technology is the beginning of a payment system revolution that will have profound social, economic, and cultural impact.

Being one of the first in and one of the few places to go helped Mt. Gox ride the Bitcoin wave to become the largest exchange in the world.  But first mover advantage could not hide the fact that Mt. Gox was undercapitalized and poorly managed.

Since 2011, it has been plagued with security breaches, trading suspensions, legal problems, delayed withdrawals, and bad customer service.  Even before Mt. Gox’s death spiral began, customers voted with their feet and ran to more secure, better customer service, and well-financed exchanges like Coinbase, Bitstamp, and Kraken.  Mt. Gox paid the price and lost its title of largest exchange.

Amidst all this fuss, note that Bitcoin’s technology remains intact.  As early as 2011, Bitcoin developers warned that a quirk in Bitcoin’s code could lead to potential fraud.  Instead of investing in the right solutions, Mt. Gox’s programmers chose cheap short cuts that had known security risks.  Exchanges that made the proper investment continue to operate without security breaches.  Bitcoin programmers are working with Bitcoin exchanges and other related companies to address the quirk long term.

Because Bitcoin’s technology is open-source and thus decentralized, the failure of Mt. Gox causes some headache but Bitcoin will recover.   Like the Internet, which is also decentralized, a node (even a big one) can go down and maybe slow things down, but it will take much more than that to bring down the system.

It is an unfortunate fact that in an emerging industry, there are bound to be failures.  Remember Pets.com, Webvan, and Kozmo.com in the early days of Internet commerce?  They were spectacular failures that lost tons of investor money, yet the idea that the Internet could be used to make money did not die.  Bitcoin is in the early days of digital currency.  Mt. Gox is may be a spectacular failure, but I am betting that the idea that the digital currency could be used to form a new and better payment system will not die.

Stronger encryption from cryptographic hash functions and public-key cryptography, coupled with peer-to-peer transactions will form the basis of a new payment system.  This system will be more secure, transmit faster, and cost less than traditional banking systems or credit/debit card systems. There will be little chance of the wide spread identity theft that exists today.  Payments will happen in seconds, even transfers to those in foreign countries, and cost a tiny fraction of the high fees charged by legacy banking and credit card systems.  That is a world that I am looking forward to living in.