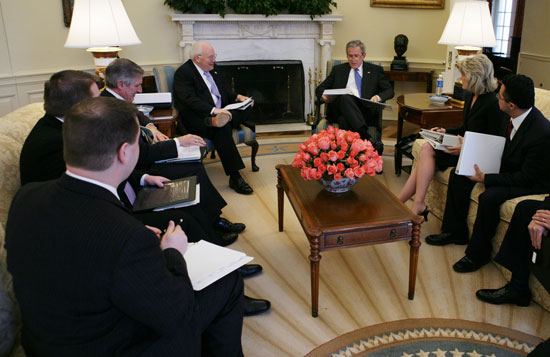 How do you become Director of the Mint? Part 3a: The Announcement

Once the White House Counsel’s Office clears the candidate, they notify the Office of Presidential Personnel (PPO) of approval for the Intent to Nominate.  PPO then notifies the appropriate department or agency and the candidate that the White House is ready to make a public announcement.  The White House Press Secretary is informed.  The Press Office drafts a press release, which PPO reviews.

Presidential Personnel now makes regret calls to all the candidates that were considered.  Most think that these were made when the President approves but the wise thing to do is to wait until the final candidate is cleared and just before the announcement is made.  This preserves everyone’s dignity and options in the event that a candidate is not cleared.  However, a telling person yes or no is not easy.  President William Howard Taft famously said, “Every time I make an appointment, I create nine enemies and one ingrate.”

Then the White House Press Secretary makes the announcement at the daily press briefing and answers any questions regarding the candidate.  The relevant department or agency may also answer any questions from the press.

Once the announcement is made, the White House and the relevant department or agency can offer to make the candidate as consultant at the department or agency.  The caveat is that the consultant cannot make any decisions (they are consulting after all) nor should they do anything that give the United States Senate the impression that you are presuming that you already have the job.  Examples would be using the office or the parking spot of the Director of the Mint before you were confirmed.