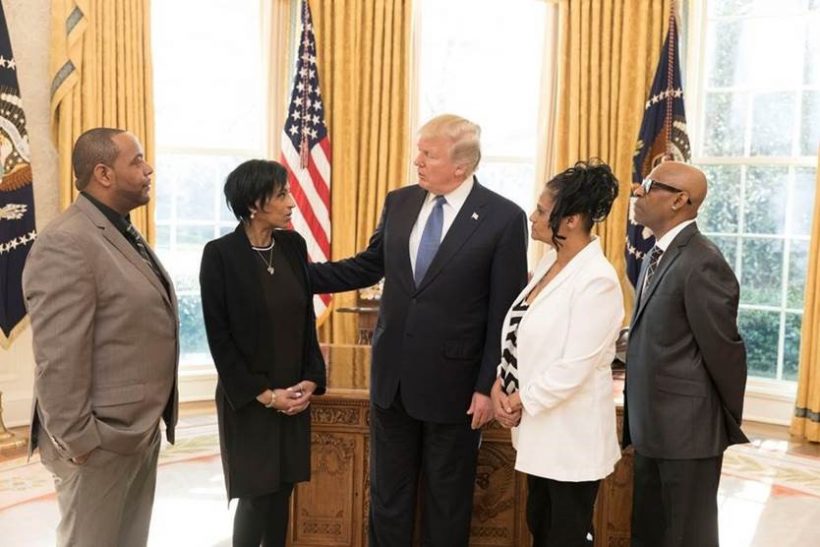 Under President Trump, record numbers of black, Hispanic, and Asian Americans are working.

Ethnic and minority unemployment peaked shortly after the Great Recession. African American unemployment, in particular, hit 16 percent in December of 2009. Barack Obama, was of course, president at the time. Today that same statistic sits at a record low of just below 6 percent — under Donald Trump. Other similar indicators such as Hispanic and Asian unemployment are now at 5 and 2 percent, respectively. The second number is the lowest level ever recorded for that ethnicity since the government began keeping score in 1972.

It’s an under-appreciated aspect of the economy, which is growing rapidly under Trump. As the most recent reading of the economy reveals, America’s labor force participation rate is on the rise after eight years of decline to record lows. With 155,576,000 citizens in the workforce, this trend actually pushed the unemployment rate up a tick as men and women, buoyed by the good economic news, head back into the workforce in greater numbers than the jobs available. Included among those benefitting or set to benefit from this are minority workers who fared badly in the years following the Great Recession.

The fact that President Trump, who has been branded all manner of racist, is presiding over an economy that is actually helping minorities is not an easy pill for his critics to swallow. Noted economist Jimmy Kimmel, for example, recently wailed that the credit for falling black unemployment rates should go to Obama after initially predicting economic collapse when Trump was elected. The comedian/activist, and a chorus of similar voices, surely knows a presidential maxim: If it happens on the president’s watch, especially in regards to the economy, he owns it — even if most of the responsibility lays elsewhere. Just ask Herbert Hoover.

The cruel historical irony here is that there are important factors, such as the state of the global economy, that are simply beyond their control and at the end of day transcend tribal politics. George W. Bush’s critics claimed he single-handedly crashed the economy in 2008, though the recession was the culmination of bi-partisan policies that pre-dated his administration.  His successor, Obama, claimed credit for saving that same economy, though the policies that stabilized it pre-dated his own administration.

But while the presidency is not imbued with super powers enabling its occupant to save or tank the global economy on their own, they can indeed have some important impact on the American economy.

Accordingly, while Obama can take credit for stabilizing the economy, his administration’s emphasis on regulation and indifference to business had handicapped economic growth. That ushered in a “new normal” that shut millions of minorities out of the workforce. This tide is now turning because Congress, at Trump’s urging, passed comprehensive tax reform, while the president himself has cut a historically high number of unnecessary regulations while promoting a pro-business culture from the federal government. Consumer and business confidence has rebounded. The result is economic growth surpassing Obama’s.

Even more impressive is the growth of wages. While these declined through most of the Obama years, they are now, at last, trending up for the first time since the Great Recession, growing 2.6 percent from April 2017 to 2018. It’s still shy of the 4-percent growth that pre-dated the crash in 2008, but it’s progress. This is partially due to the tightening job market but also because of Trump’s efforts to keep manufacturing jobs in the U.S. and luring U.S. and foreign companies to expand or open new operations in the U.S.

More growth is needed — a  galling disparity between minority workers and their Caucasian counterparts remains in terms of employment, and wages have room to grow. But more of the same from this administration will sustain the current upward trends, making prosperity a possibility for all Americans, no matter their race. And that would be quite a legacy for that supposed bigot, Donald Trump.