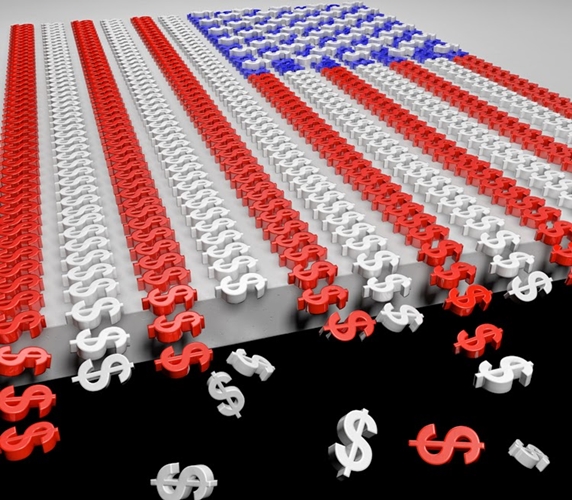 At Newsmax: The Democrats Forgot the “Forgotten Man”

On Election Day, before the vote counting even commenced, jubilant staffers popped open champagne bottles aboard the Clinton campaign’s Boeing 737. And why not? To read the New York Times, Washington Post, or any media outlet really, Donald Trump was just about to be crushed and drag the Republican Party down with him.

Hours later the champagne had lost its fizz, the pundits had lost their swagger, and the Democrats had lost the White House and their dream of retaking Congress.

How did it happen? Observers can give credit to or place blame on the respective candidates and their campaigns, but one of the clearest drivers of Hillary Clinton’s loss was that her party, once the champion of Franklin D. Roosevelt’s “forgotten man,” has morphed into the party of the privileged.

To be sure, there are many Americans who are not among the elite who still vote for the Democratic Party. But those who guide its polices, and crucially, their sneering attitude towards working class Americans, played a huge part in Trump’s stunning victory.

A telling statistic: In 1996 Bill Clinton, the man from Hope, carried West Virginia by 15 points. Twenty years later his wife, the woman from Chappaqua, lost it by 42. This is the result of attacking coal and its miners as dirty and deplorable and planning to replace both with clean energy and a high tech renewable energy workforce. In another era Democrats would have recognized this as a direct threat to the heritage, culture, traditions and livelihood of working class communities. Not so today.

Instead the supposed party of the people dispatches celebrities like Katy Perry and Lady Gaga to whip up votes and gets overwhelming support from the sultans of Silicone Valley, the masters of the universe on Wall Street, and crony capitalist CEOs and business tycoons. These are hardly reassuring messengers for millions of Americans who are anxious about the economy and worried about the direction of the country.

Of course those concerns are not likely to be taken seriously by a political party that views half of those who chose not to vote for its candidate as a basket of deplorables: “racist, sexist, homophobic, xenophobic, Islamaphobic…you name it.”

But here’s the thing: millions of Americans, the great majority of them not racists (Trump won rural counties in swing states that had previously voted for Barack Obama) or even Republicans, were worried about the fate of their country and tired of the last eight years of sluggish growth, unemployment, underemployment, skyrocketing health insurance premiums, and rising crime rates – concerns not likely to be felt by Clinton champions George Clooney, MSNBC’s Rachel Maddow, Goldman Sachs CEO Lloyd Blankfein, and Warren Buffett.

Economic security allows the Democratic elite the luxury to focus on issues far removed from the struggling working class, like climate change (minus the inconvenience of the higher costs of sustainable energy), transgender bathrooms, and safe spaces at colleges.

Calling those unmoved by those issues racists or hate-mongers, and disparaging where they live and how they make a living merely sealed the deal.

The Democrats forgot the forgotten man. As a result Donald Trump is preparing to move to Washington, where Republican majorities in the House and Senate await him.

Meanwhile, beyond the beltway Republicans continue to govern the majority of governorships and legislatures. The Democratic Party, on the other hand, is, for the time being, in shambles.

So much for that champagne.

Originally published at Newsmax on November 16.