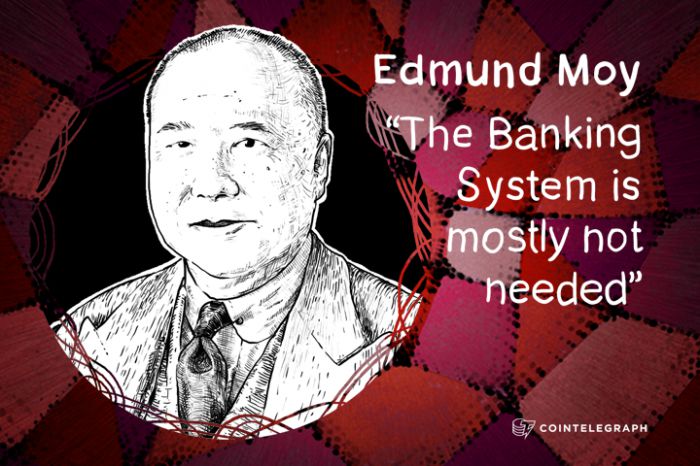 At CoinTelegraph: “The Banking System is mostly not needed”

Coin Telegraph: How did you first become acquainted with cryptocurrencies?

Edumnd Moy:  I first became aware of cryptocurrencies when I was Director of the United States Mint. There was a footnote in my coin demand forecasting report mentioning Satoshi Nakamoto’s paper and in a later report, another footnote about the release of the open-source software. During my tenure from 2006-2011, there wasn’t much cryptocurrency activity and certainly not enough to impact coin demand.

CT: You recently purchased Bitcoins. What has been your experience so far?

EM: It was easy peasy. The exchanges I used were very user-friendly and self-explanatory for anyone who has bought products or services online.

CT: What problems do you see that are inherent in our current centralized economic system?

EM: Once sovereign governments stopped having their currencies backed by gold and began down the path of fiat currency, they’ve discovered how easy it is to create more currency with little restraint or accountability.

This problem has been exacerbated by the 2008 global financial crisis when most countries opted for monetary stimulus instead of austerity. Accommodative monetary policy almost always leads to lowering the value of currency.

The second problem is that sovereign nations are not just economic entities, but are also political ones. So while currency is mainly used for economic transactions, countries manipulate their currencies to help support their political goals. China is a prime example. They artificially keep the Yuan low to make their exports more competitive. That’s because one of their goals is to become the world’s largest economy, which is part of their broader goal of pushing the United States off its pedestal of being the world’s only superpower.

CT: Do you think virtual currencies like Bitcoin can help alleviate or even solve some of these problems, and if so, how?

EM: Because cryptocurrencies are decentralized, the market determines its value, not government fiat or sovereign nations’ political agenda. Because businesses use it for transactions, it seems to me a much more authentic and rational way to determine value. And because only 21 million bitcoins can be mined, that takes inflation (or devaluing) mostly out of the equation.

Read the full interview at CoinTelegraph.com.