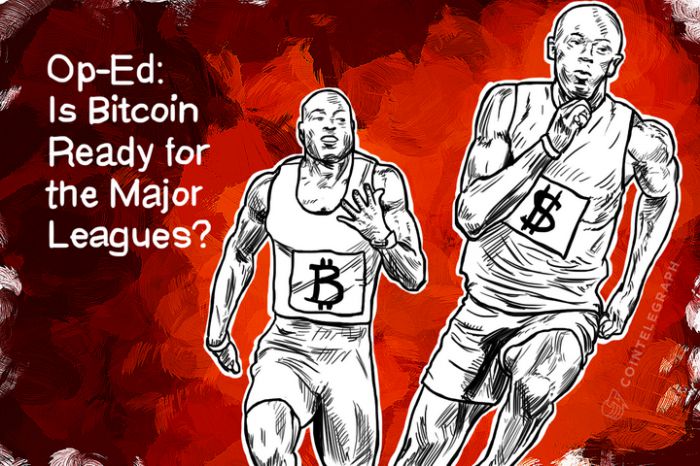 At CoinTelegraph: Is Bitcoin Ready for the Major Leagues

Op-Ed: Is Bitcoin Ready for the Major Leagues?

If a BTC is divisible to 9 decimal places, there might have to be a corresponding punctuation similar to commas making it easier to distinguish between thousands, millions, and billions.

CT: Because of the limited production of Bitcoin to 21 million coins, is there a potential for a group with significant resources to buy enough Bitcoin to affect the market? If so how can this be prevented?

EM: Yes, there is the potential but if the market doesn’t like it, it will find another cryptocurrency to coalesce around.  That would force the group who’s cornered the market to sell.  The market is the most efficient allocator of resources.

Read the full piece at CoinTelegraph