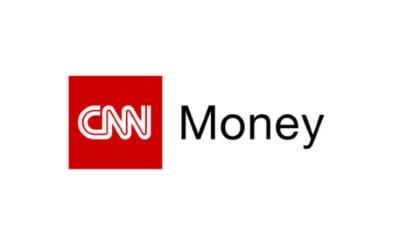 AT CNN Money: “Not everything is down. Gold rises on global fear”

It’s not a happy new year for investors … unless you’re a gold bug.

Gold was one of the few things that was up on Monday while stock markets around the world tanked due to renewed worries about an economic slowdown in China and more tension in the Middle East.

The yellow metal rose nearly 2% to about $1,080 an ounce. Gold mining stocks were rallying too.

Newmont (NEM) was up 3%, making it one of the top performers in the S&P 500. In fact, Newmont was one of just 23 stocks in the index that was up in late-morning trading Monday. (Most of the gainers were energy companies, thanks to a spike in oil prices.)

And the Market Vectors Gold Miners ETF (GDX), which includes Newmont as well as other major global miners like Goldcorp (GG), Barrick (ABX) and Randgold (GOLD), was up about 3%.

It makes sense for gold to be in the green while everything else is starting off 2016 in red. Gold often does well during times of fear. It rose in 2008, for example.

And a major slump in China coupled with concerns about a potential conflict between Iran and Saudi Arabia sounds pretty scary.

“Today’s surge in gold is mostly due to fear,” said Ed Moy, a former director of the U.S. Mint and chief strategist for Fortress Gold Group.

To that end, CNNMoney’s Fear & Greed Index, which looks at seven measures of investor sentiment, dipped into Fear territory on Monday.

So will 2016 be the year when fear is the dominant emotion ruling the market?

If so, that could mean an end to gold’s three year losing streak.

Gold prices fell more than 10% last year and has plunged nearly 45% from its all-time high (not adjusted for inflation) of above $1,900 an ounce back in the fall of 2011.

At that time, investors were worried about the health of the U.S. market in the wake of a credit rating downgrade by Standard & Poor’s.

Moy does not think that gold will get anywhere close to 2011 levels anytime soon.

There’s also the fact that gold has been down for so long, it may finally have reached bottom.

“A small allocation to gold does make some sense. It has done so poorly over the past few years. So there’s probably not a lot of downside,” said Bill Lynch, director of investments with Hinsdale Associates.

It all comes back to fear.

There are actually two good reasons why gold shouldn’t do well this year.

Expectations of more interest rate hikes from the Federal Reserve should be a bad sign for gold. Higher rates would make bonds and dividend stocks more attractive to investors than gold — which yields nothing.

There’s also a lack of inflation around the world.

Gold usually is viewed as a great hedge against inflation. Rising prices can hurt the value of paper currencies, but not gold.

None of that mattered Monday though. Interestingly, Bitcoin (XBT) prices also rose Monday — another possible sign of the high anxiety on Wall Street. (Cue the Mel Brooks.)

So gold could continue to rally this year — despite low inflation and rising rates — as long as investors remain nervous about China and the Middle East.

“Hard landing fears in China are legitimate. And what happens between Saudi Arabia and Iran is a big unknown,” said Jack Ablin, chief investment officer with BMO Private Bank. “It’s possible gold could outperform stocks this year because of the uncertainty.”