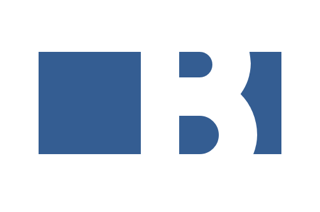 Just last month I purchased my first Bitcoin and spent some of it too. That got me thinking about the recent surge of online retailers accepting Bitcoin and whether that was a good business decision on their part. In short, there’s not enough evidence yet but the early data says Bitcoin is good for business.

Overstock.com began accepting Bitcoin this January. In the first two months, 4,300 customers bought $1 million of goods with Bitcoin, 60% of which were new customers, and on average, Bitcoin customers spent 34% more than credit card customers. Sales have since then trickled off but have been expanding each month. This has caused Overstock to revise their 2014 Bitcoin forecast from an initial $3-$5 million to $10-$20 million. Granted, that’s a small drop in the bucket for a company with $1.3 billion in revenue, but sales from bitcoin adoption quickly exceeded their expectations and opened up a potentially explosive growth area.

That kind of news does not stay secret very long in the retail industry. This summer alone, Newegg, 1-800 Flowers, Reed Jewelers, Expedia, Dish, and Dell have jumped on the bitcoin bandwagon. They are in good company, including Virgin Atlantic, Reddit, and TigerDirect.

Before these large regional and national retailers began accepting Bitcoin, most online retailers were small local businesses that did not publish their sales information. Public companies have to and as their quarterly results are announced, more data on Bitcoin usage will become available. If Overstock is any indication, the results will continue to beat expectations and grow from there.

I used Bitcoin for online purchases mainly to see what the fuss was all about. Not only did I find it easy, but after reading about all the credit breaches at major retailers, I had greater peace of mind knowing that my transaction was much more secure. The online retailer benefits from not having to pay costly transaction fees. And the unexpected bonus for our struggling economy is the increase in new business — thanks to bitcoin.

Originally published at the Bitcoin Foundation.